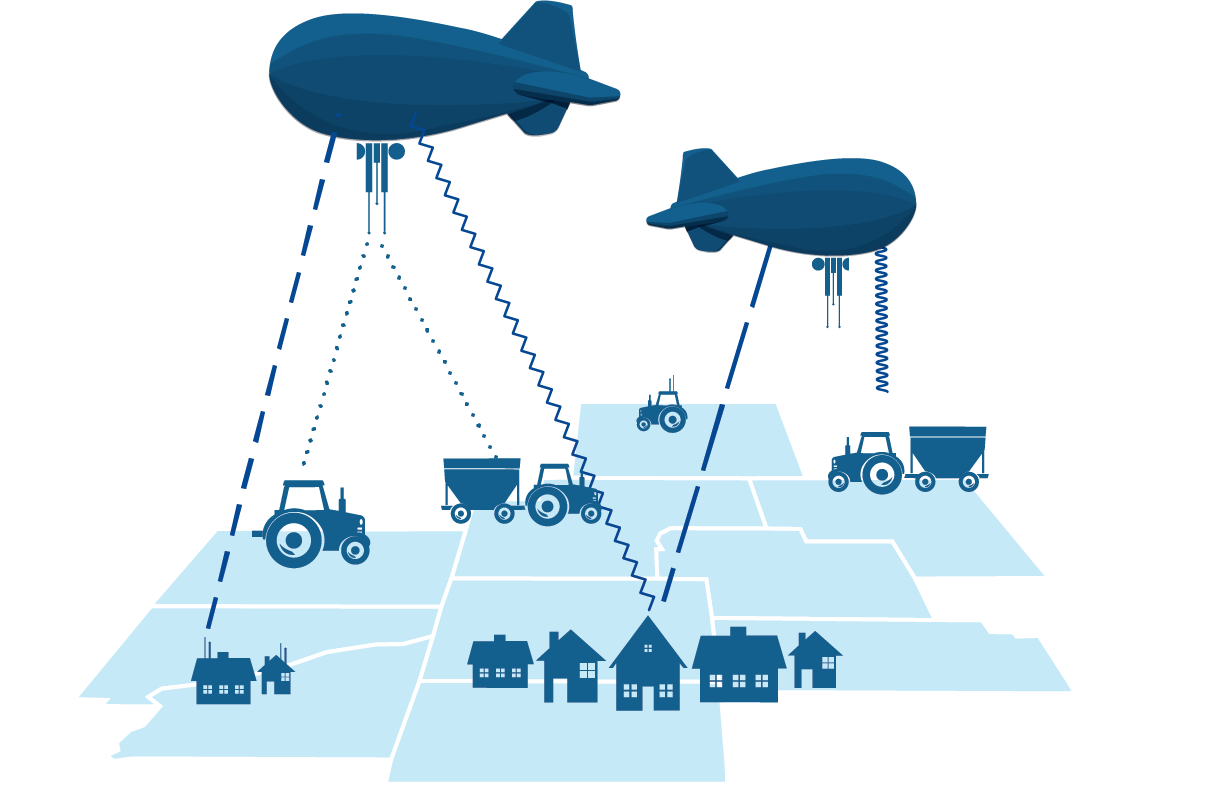 Data transmission is the I in IoT, and there is no question that the WHIN region needs more and better telecommunication service. Telecommunication technology like broadband is the infrastructure of digitalization, and it is as indispensable as electric power. The need has only grown with Covid, as just about everything has been made virtual.

WHIN ultimately took on the data transmission challenge because its own Alliance model and therefore its Living Lab were hampered by connectivity problems including access and affordability. Indeed, the rural broadband problem is, in a way, just another adoption problem.

So we created the Broadband Alliance.

WHIN is building the largest LoRaWAN netwrok in the country using vertical assets in each of the 10 WHIN counties. In addition, we are creating an innovative dimensional network by utilizing a fixed aerostat deployed about 1500’ up to improve coverage and line of site. 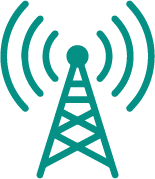 Both the terrestrial network, and the aerial network will be outfitted with LoRaWAN and CBRS radios initially. LoRaWAN is perfect for less demanding or low power battery applications for IoT devices and will cover the majority of the WHIN region. CBRS will be sufficient for broadband speeds similar to 5G in select areas. 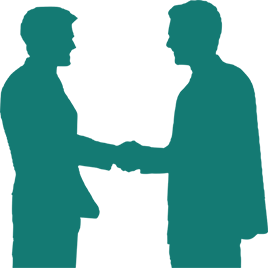 WHIN will be working with regional ISPs to bring connectivity and internet-enabled applications to the Wabash Heartland region. As in all areas of WHIN technology deployments, nonconfidential and anonymous connectivity data will be constantly monitored and used to improve research and education.

We are in the process of building a network of LoRaWAN radio towers throughout WHIN’s ten-county region to provide wireless connectivity sufficient to support the IoT technologies we’re deploying. It will be the largest contiguous network of LoRaWAN gateways in the country

Although LoRaWAN speeds are not sufficient for broadband connectivity, they are far less expensive and consume less power than LTE or broadband radios, and work well for IoT sensors. They will cover almost the entire 10-county WHIN region with IoT connectivity.

The towers are positioned as high as we can get them, on places like the tops of silos, but there are still areas where they do not have the line of sight they need to transmit data everywhere. So WHIN has decided to build an aerostat! WHIN’s aerostat is an 85 foot-long helium-filled balloon floating about half a mile up, with a 200lb payload and room for additional radio antennas hanging below it. Think of this as a very tall vertical asset as part of the network architecture we’re using to help cover the entire 10-county region.

or email us for more information:
alliance@whin.org